I've been faithfully working on the Mimbres Vest. Hopefully by the weekend I will be cutting the steeks!!! 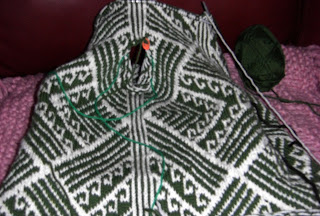 I found some great buttons too: 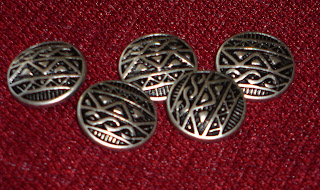 Before steeking it's traditonal to have a hit of Scotch. Scotch has other knitting uses as well. I think I'll hold off until after they're sewn and cut!! 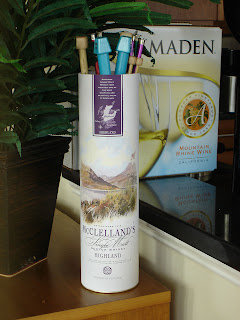 I've also started on the Endpaper Mitts.
They are a great project for learning.
Basic colorwork (no float carries)
Basic mitten construction
Tubular cast on 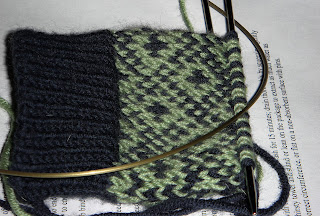 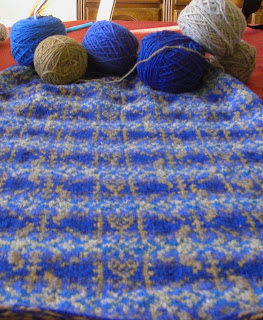 
And, It snowed last night…. Sigh… These are the times I wonder why I left Florida.
Posted by lipizzanknitter at Wednesday, February 13, 2008 No comments: Links to this post 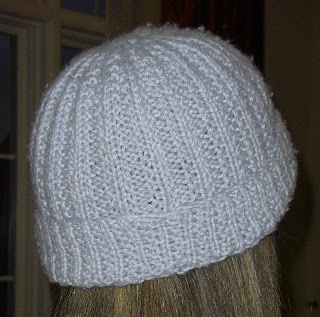 Download a PDF of Christina's Beanie.
Posted by lipizzanknitter at Wednesday, February 06, 2008 No comments: Links to this post

lipizzanknitter
I I am a TKGA certified Master Knitter and current co chair for the review committee. When I am not knitting I am looking after a husband, daughter, 3 cats and 2 horses.